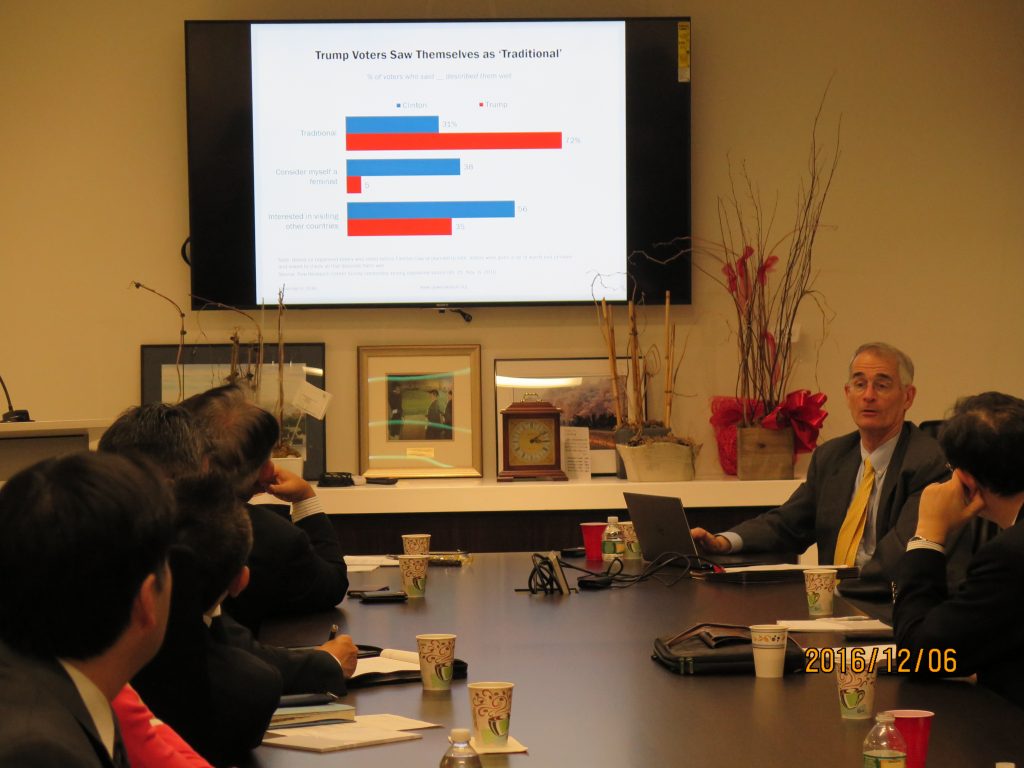 On December 6, Keidanren USA hosted Mr. Bruce Stokes, Director of Global Economic Attitudes at the Pew Research Center.  Mr. Stokes gave presentations on the results of two recent Pew surveys.  One, “The U.S. Election 2016” gave detailed analysis of voter attitudes on Election Day and after.  The other was a survey of Japanese people about their attitudes toward Japan’s global engagement.  The Q&A session featured discussion of issues such as the impact of demographic changes on campaigns, the impact of Sanders supporters in the general election, and the effect of Prime Minister Abe’s forthcoming visit to Pearl Harbor.