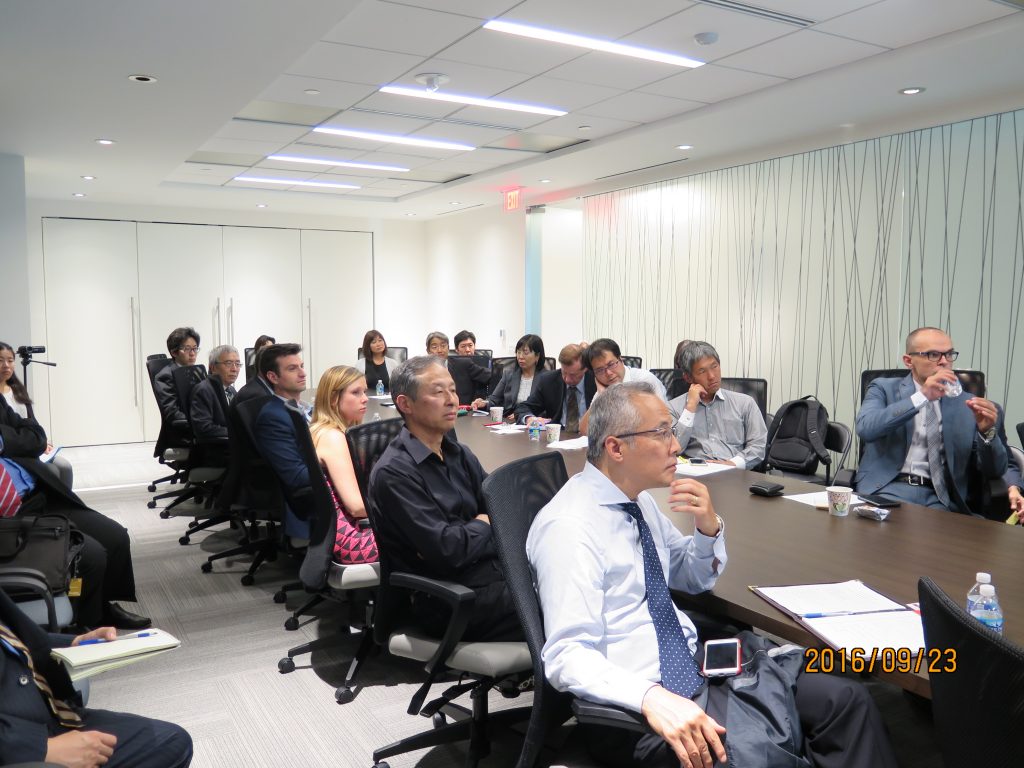 On September 23, Keidanren USA, in cooperation with the Washington Innovation Network (WIN), hosted Professor Tomasz Mroczkowski of American University for a roundtable discussion on “Becoming an Innovation Nation: The Case of Japan and its UIC System.” Professor Mroczkowski gave a presentation based on findings from his recent research in Japan.  The event also featured Ms. Kristina Thorsell of the University Industry Demonstration Partnership (UIDP) as a discussant.  Attendees engaged the speakers on such issues as the need to promote researcher exchanges between the U.S. and Japan, SME relationships with the academic community, and the role of universities in startup development.