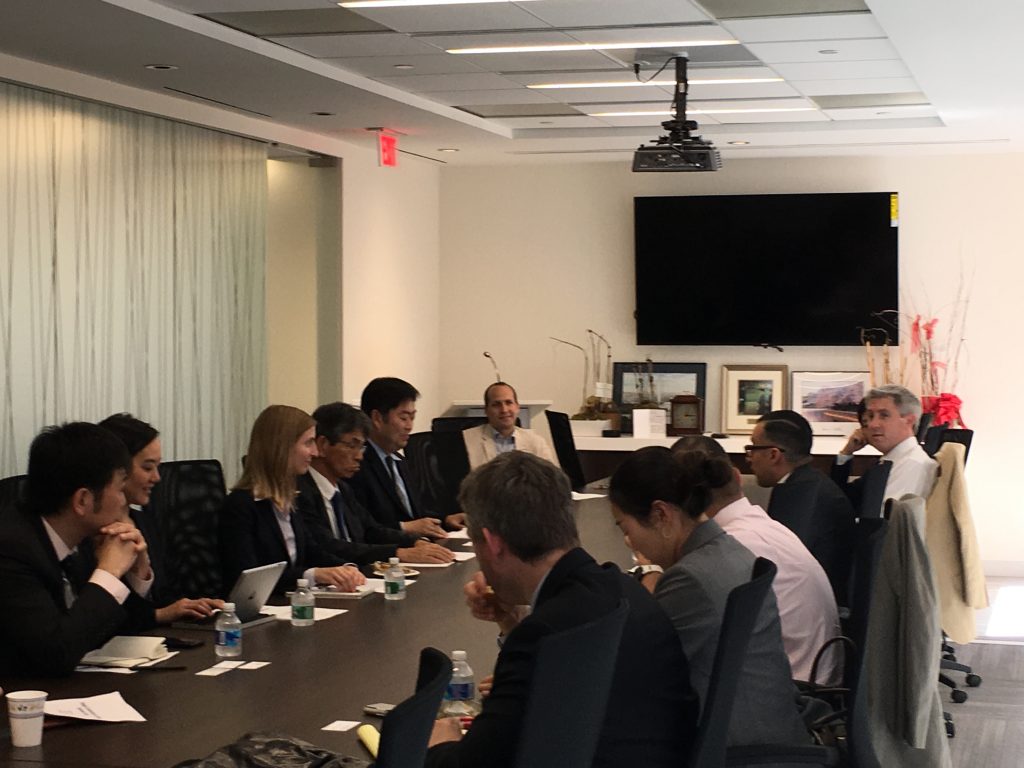 On June 29, Keidanren USA hosted a briefing and discussion with Mr. Reza Marashi, Research Director at the National Iranian American Council (NIAC).  Mr. Marashi outlined where things stand one year after the Iran nuclear deal, including the current geopolitical environment, and prospects for economic reforms in Iran, as well as the potential for a sanctions “snap back.” He also conducted an overview of strategic considerations for companies in doing business in Iran.  Keidanren member companies asked questions on such issues as the Iran policy differences among the Presidential candidates, what sort of deals are getting done, and how Japan is seen by the Iranian government and people.