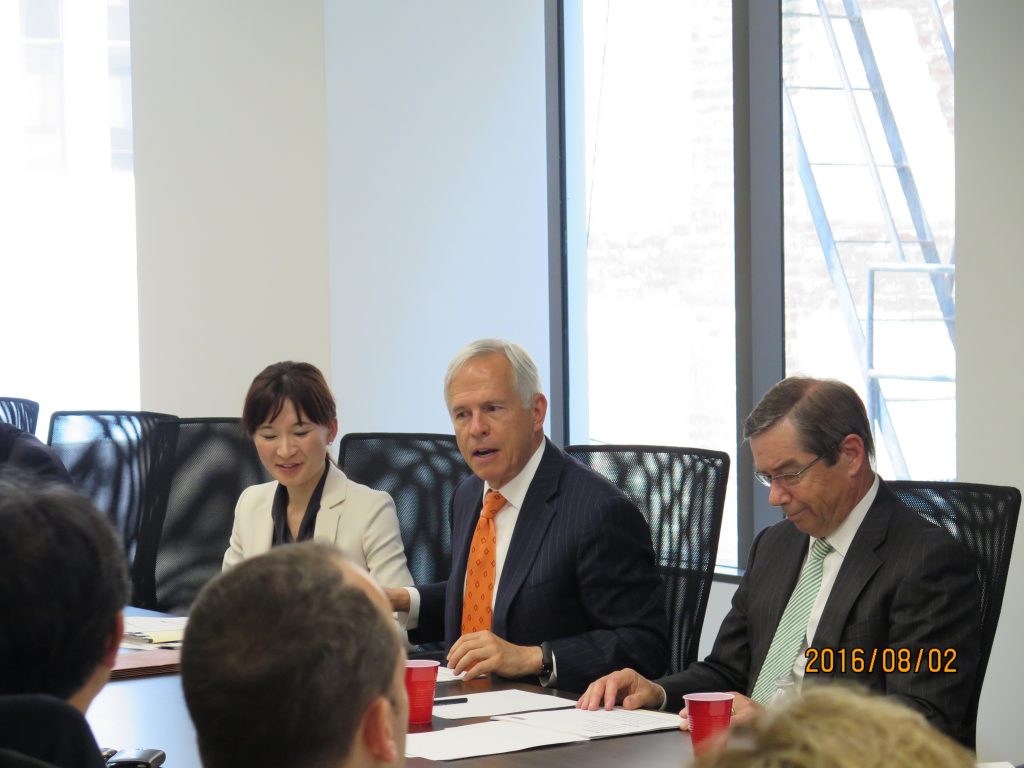 On August 2, Keidanren USA hosted former Congressman James Walsh (R-NY) and former Congressman Bart Gordon (D-TN) from K&L Gates for a briefing titled, “2016 U.S. Federal Elections – The State of Play Post-Conventions.”  They led a discussion on the current state and potentially far-reaching implications of the 2016 elections.  Congressmen Walsh and Gordon provided insights into what is motivating the voters, the views of the Presidential candidates, what is at stake, the outlook for the elections, and the impact of the elections on such hot button issues as trade, taxes, security and foreign policy.  Representatives from 16 companies took advantage of this great opportunity to hear from these political veterans with a combined 46 years of experience in Congress.  The spirited Q&A session with member companies featured such questions as the accuracy of polling, the inability of anyone to foresee the rise of Donald Trump, and the viability of third party candidates.