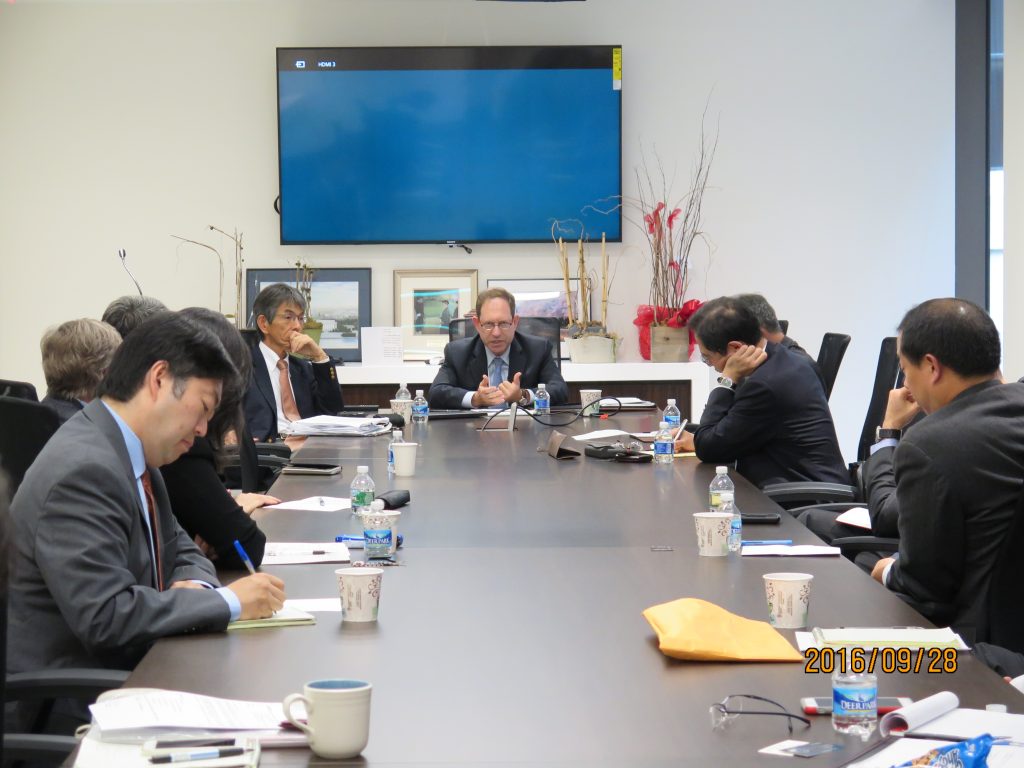 On September 28, Keidanren USA hosted Mr. Bruce Hirsh, Principal with Tailwind Global Strategies LLC, who was previously Assistant USTR for Japan, Korea and APEC.  Mr. Hirsh gave a presentation on the past, present and future of U.S.-Japan trade relations, also touching on U.S. perceptions of Japanese companies’ contributions to the U.S. economy.  Attendees engaged with Mr. Hirsh on such issues as the prospects for TPP movement in the Congress, the Obama administration’s outreach to Capitol Hill, and the different viewpoints between the states and Congress on trade.