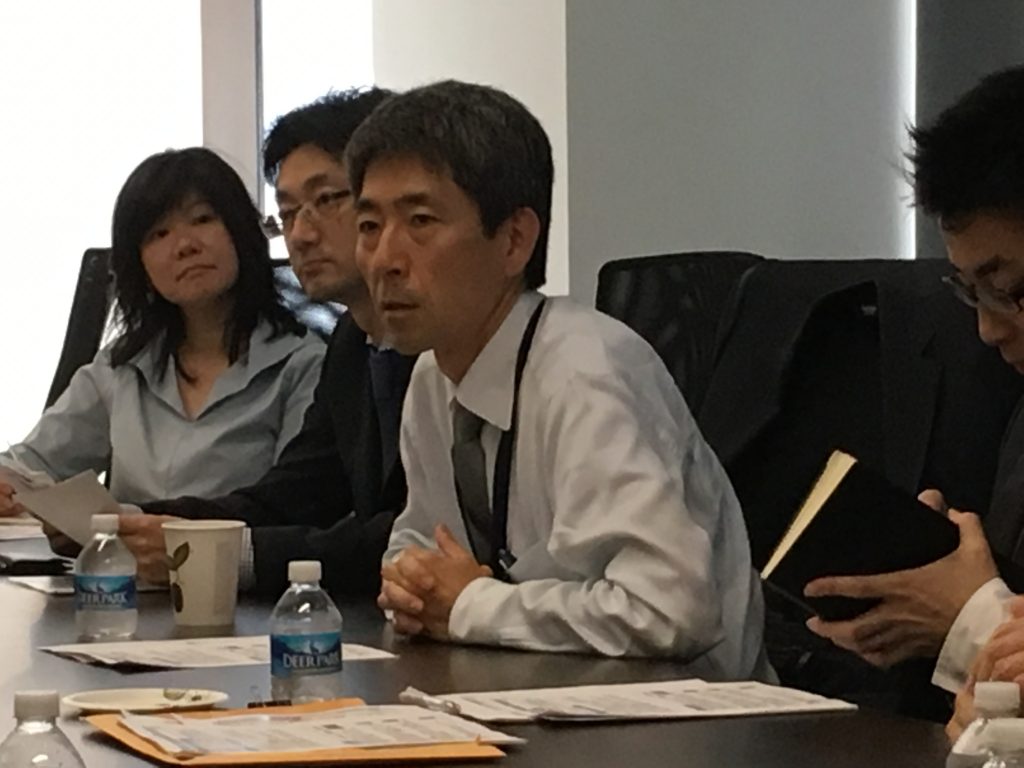 On July 1, Keidanren USA hosted an informal exchange with Mr. Junichiro Kuroda, Minister for Economy, Trade, Industry and Energy at the Embassy of Japan.  Minister Kuroda shared his views on recent developments, such as the Brexit vote and the U.S. Presidential campaign. He then engaged with Keidanren member company representatives in a free flowing discussion that touched on such issues as the potential impact of Brexit on Japanese investment strategies, similarities and differences between Brexit and the Trump phenomena, and energy policies of the Presidential candidates.